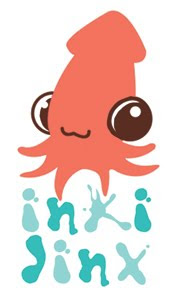 A lot has happened since October 2010! After a whirlwind November weekend spent in NYC, my husband and I found new jobs which resulted in a move across the country from Salt Lake City, Utah, to New York, New York at the very beginning of December.

In October I finally decided to branch my store stuff from my portfolio work, resulting in a brand new venture called inki-jinx! All of my cute goodies can be found at inki-jinx.com.

I have a blog on tumblr, as well as a Facebook page! Follow me there if you use either service. :)

I've still been making art--including my first finished non-digital piece in a very long time, for a fundraiser to help the Japan Tsunami Relief effort. 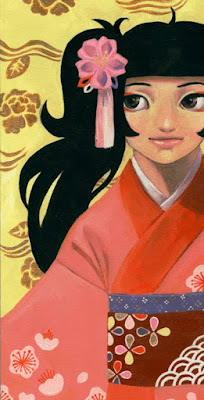 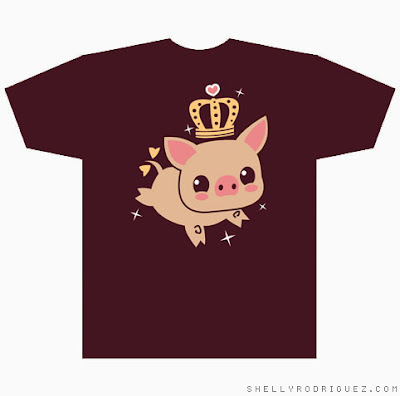 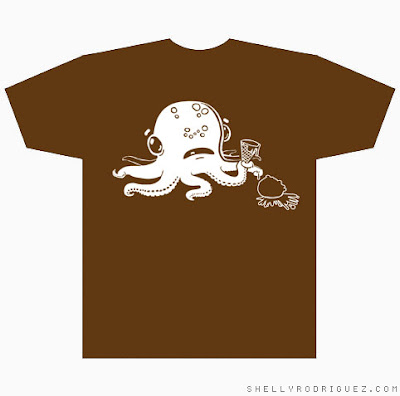 "Sad Octi" is being reprinted, and "Princess Truffle" tee is coming soon!
Posted by Unknown at 1:28 PM 1 comment: 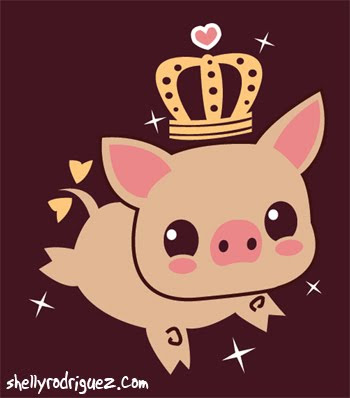 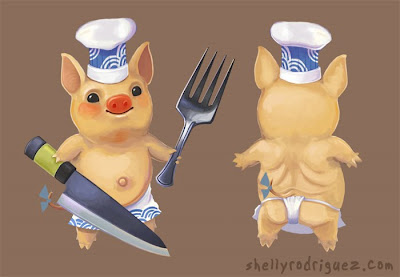 Ah, finally! The finished concept for a 3D piece I'm working on.
Posted by Unknown at 6:36 AM No comments: 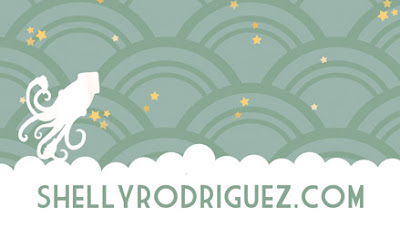 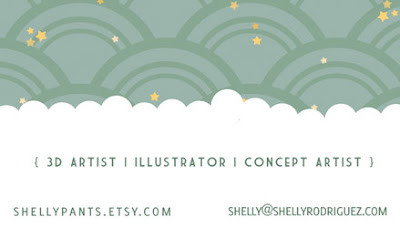 My new business card design! Simple but good. :)
Posted by Unknown at 7:14 PM No comments: 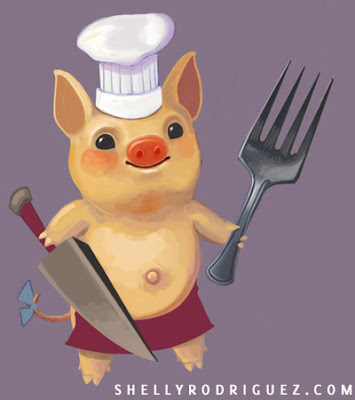 Piggy goes nom-nom!
Posted by Unknown at 7:24 AM No comments: 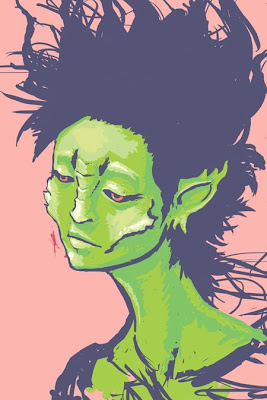 Don't know if I'll ever finish this, but it was a fun doodle.
Posted by Unknown at 8:05 PM 1 comment: